A feature in Visual Studio which I noticed already being available in VS 2019 before, likely after an update, is the ability to set a project as startup in an alternative way.

In the past we only had the following options:

Since the update, and it ships out of the box with Visual Studio 2022, we got another setting: 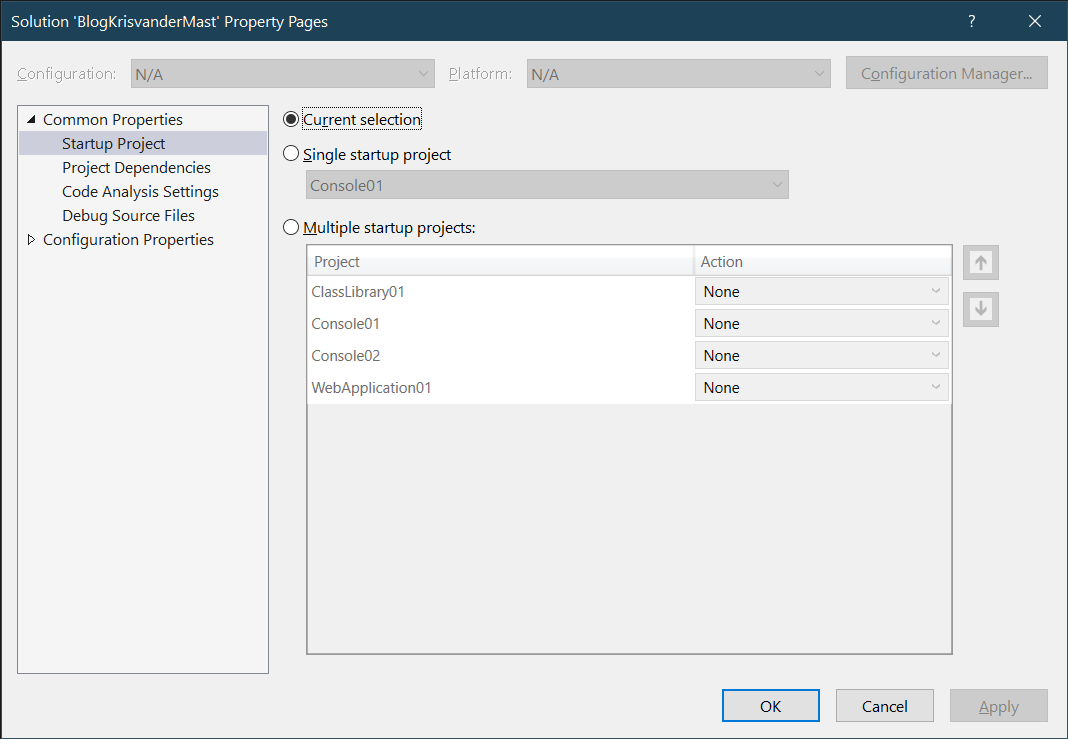 What it does is simple: if you have focus on a file in a specific project that project becomes automatically the startup project. Just hit (ctrl +) F5 and get that project running.

When I have a file open in Console02 in my solution then by using the above mentioned Current selection setting Console02 automatically gets selected as the startup project:

Something that happens to me from time to time is that when I’m so focussed on the code and F12 my way into code which is in a class library, that project then gets the focus and as you can guess: it just became the startup project. And no, that won’t start

I noticed that this tip wasn’t as widespread as I thought it would be so here you go dear reader. Enjoy!